DESCRIPTION
What if a superhuman mutant had assassinated JFK in 1963? To answer this question, we created "The Bent Bullet," a narrative experience that took audiences back half a century and put a clever spin on one of history’s most popular conspiracies. The event kicked off with the release of a micro-documentary around the 50th anniversary of JFK's assassination. The short hinted at Magneto’s involvement in the assassination and led audiences to a website where they could uncover additional details through historical photos, long-form editorial content, a detailed recreation of the assassination, and a 3D walkthrough of Magneto’s “plastic prison.”

Inspired by the iconic Chris Claremont storyline, X-Men: Days of Future Past is set in a dystopian alternate future in which mutants have been systematically eradicated by ruthless Sentinel robots. But how did these tyrannical circumstances unfold? What fatal moments in history triggered such anti-mutant hysteria? The goal of "The Bent Bullet" was to answer these questions through a detailed fictional account of the JFK assassination that would put mutants at the center of the story. The resulting narrative was hailed by press and fans alike for its entertainment value, attention to detail — both fictional and historical — and integration with X-Men canon. 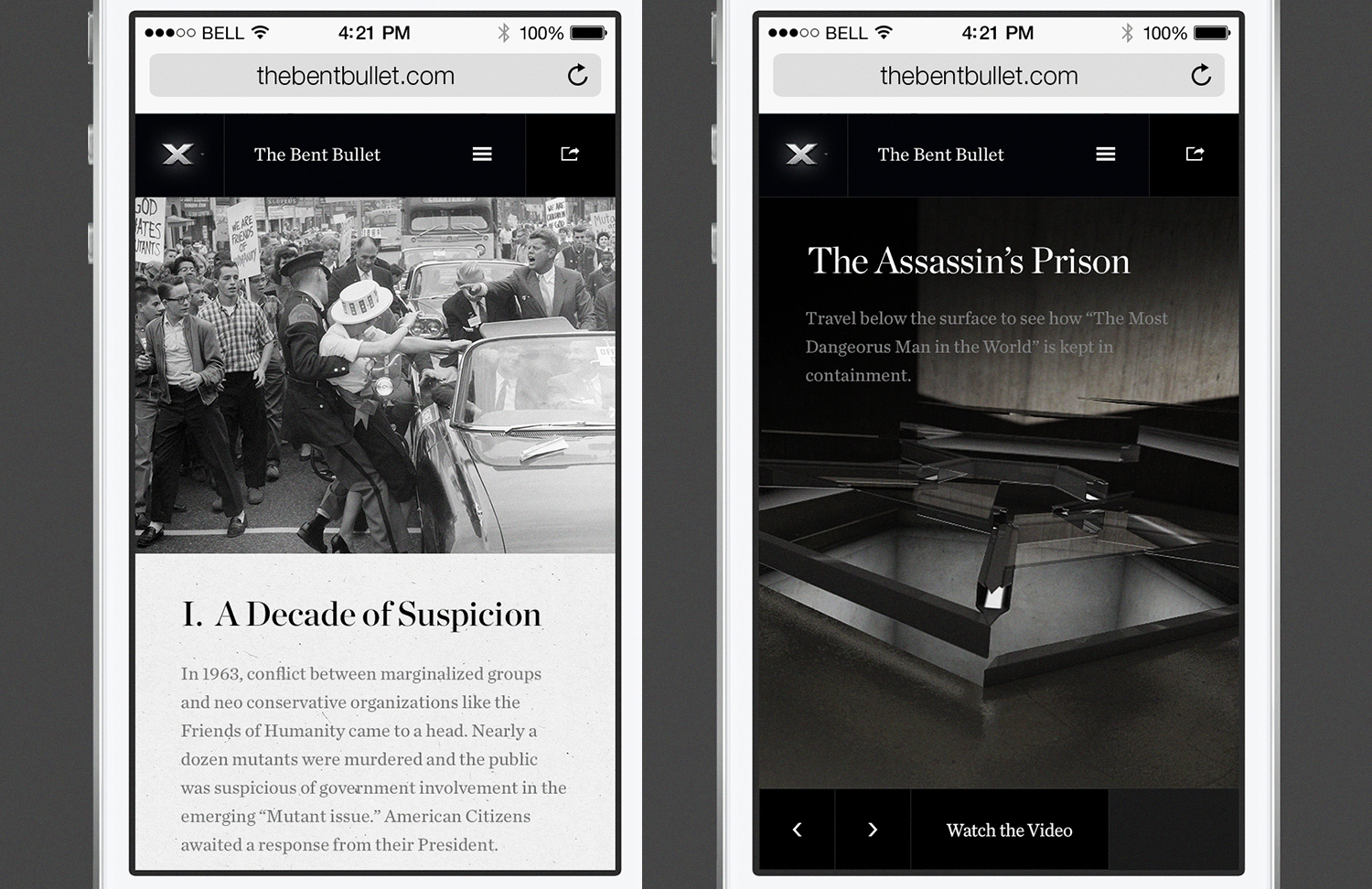 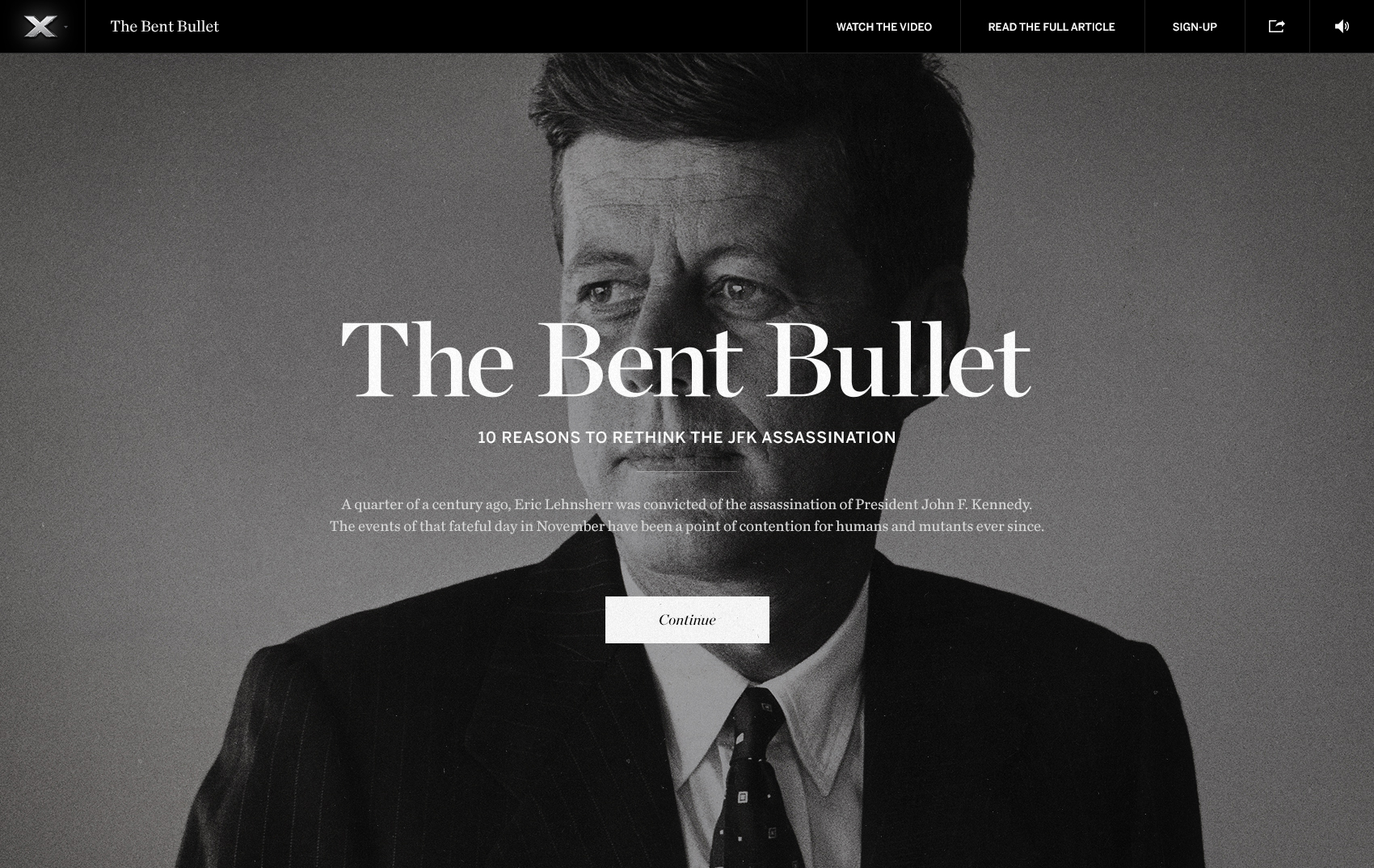 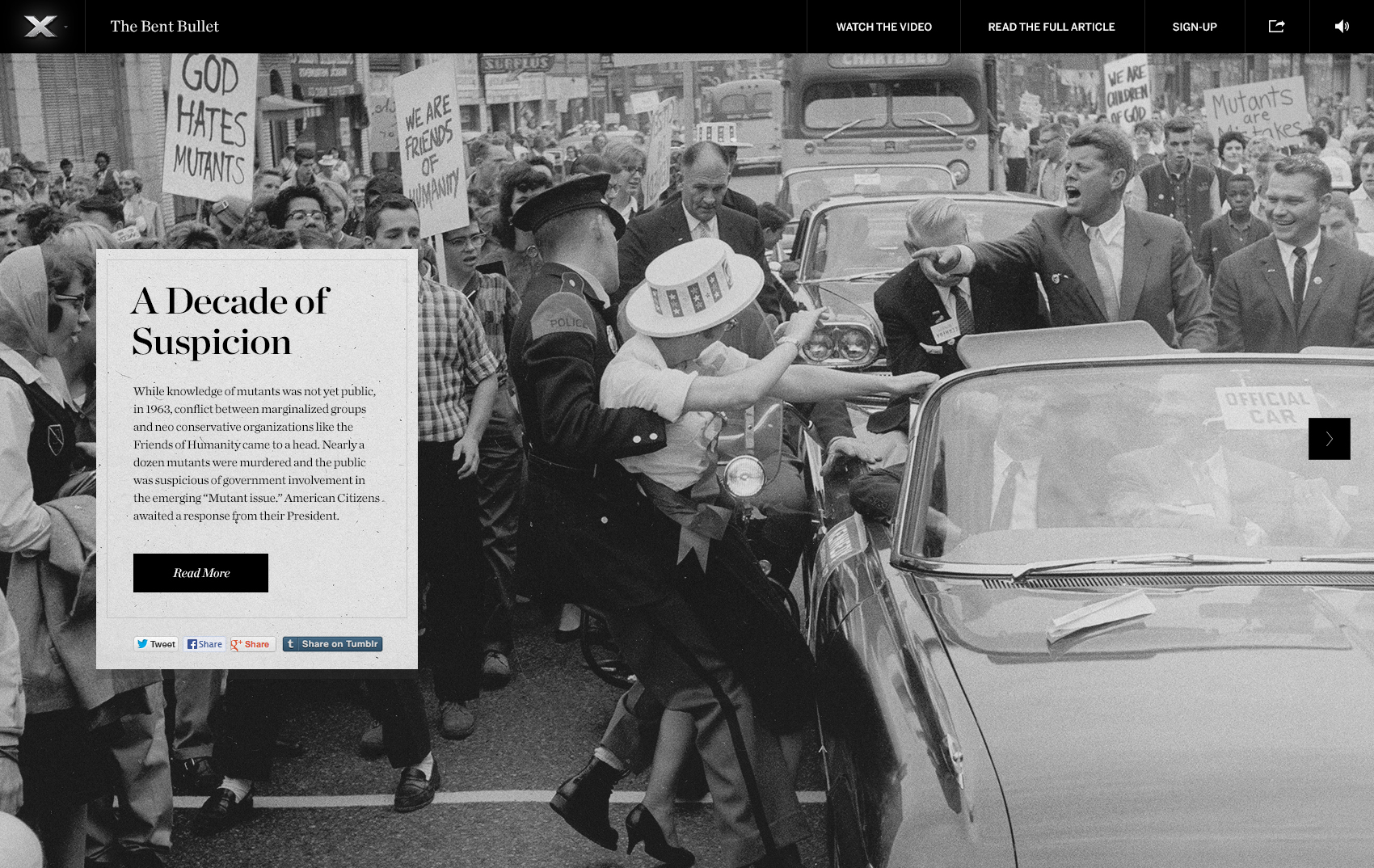 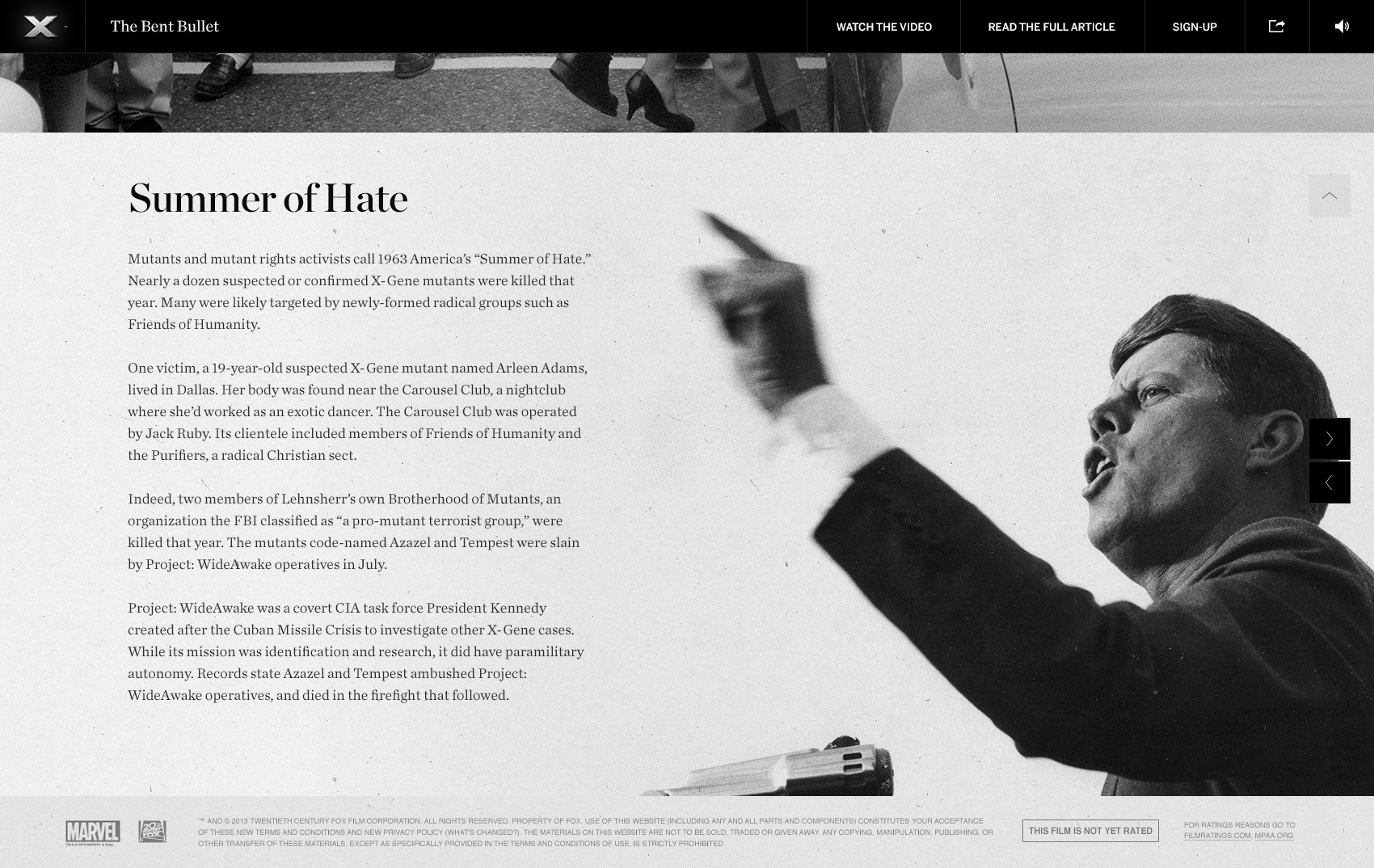 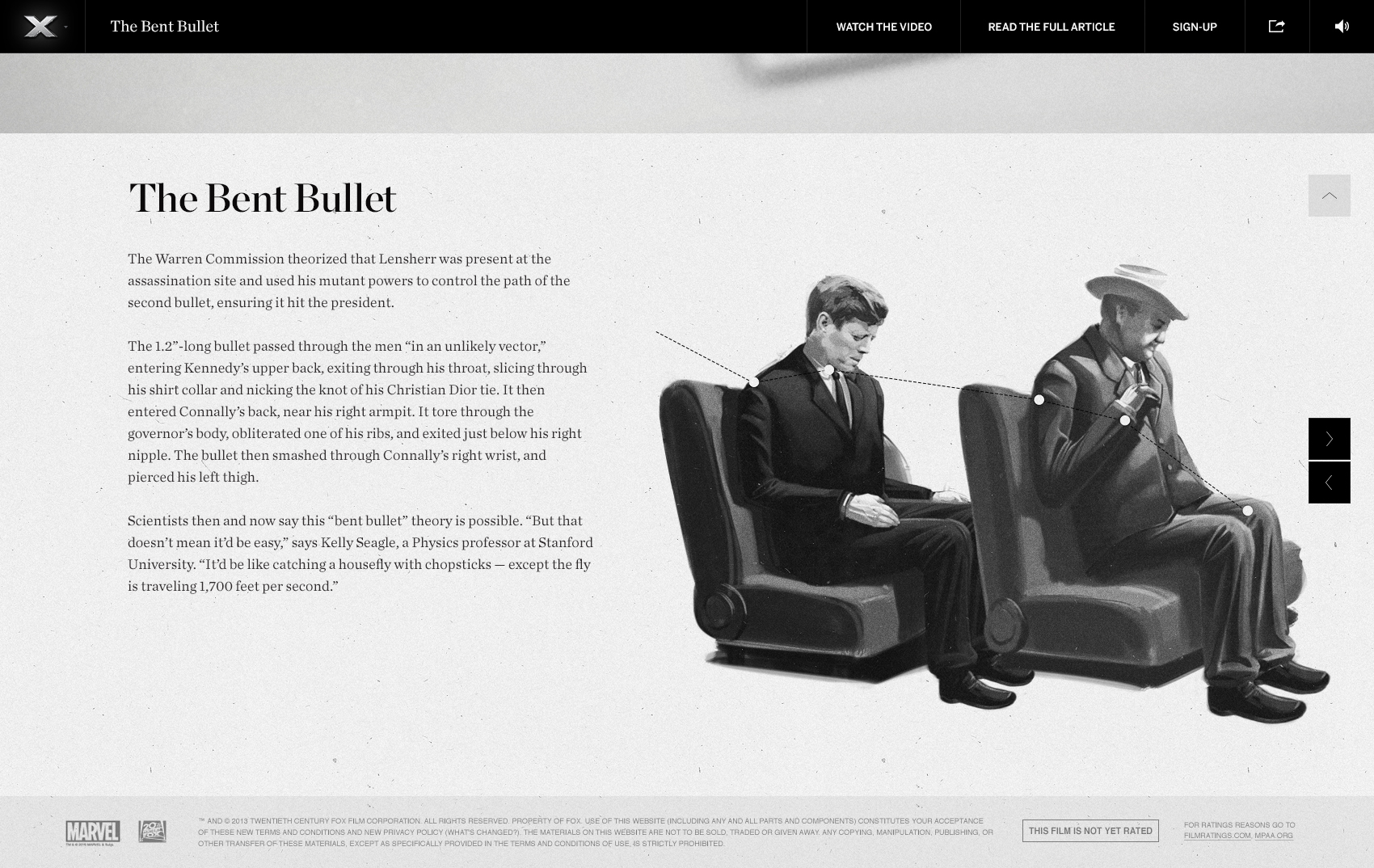 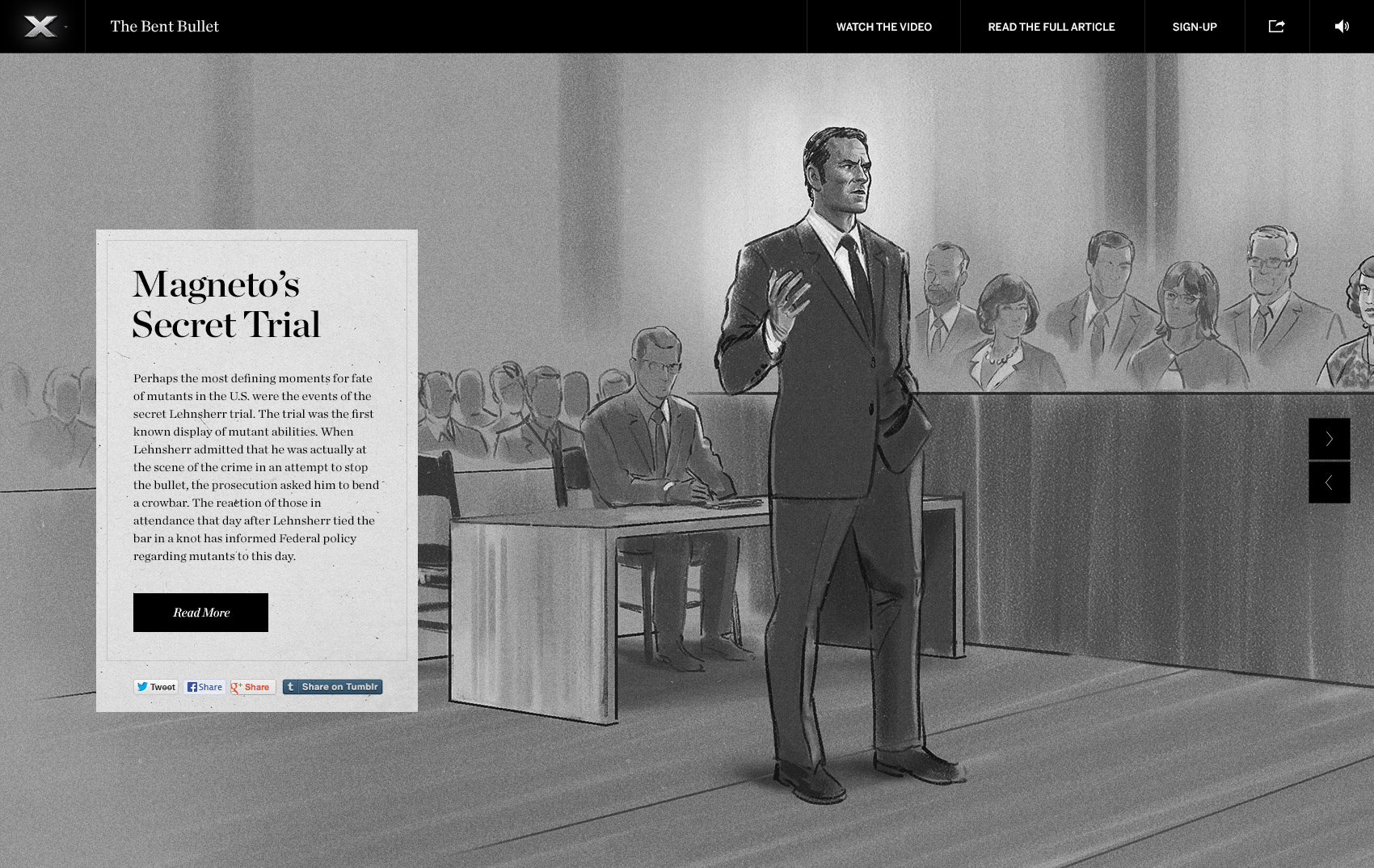 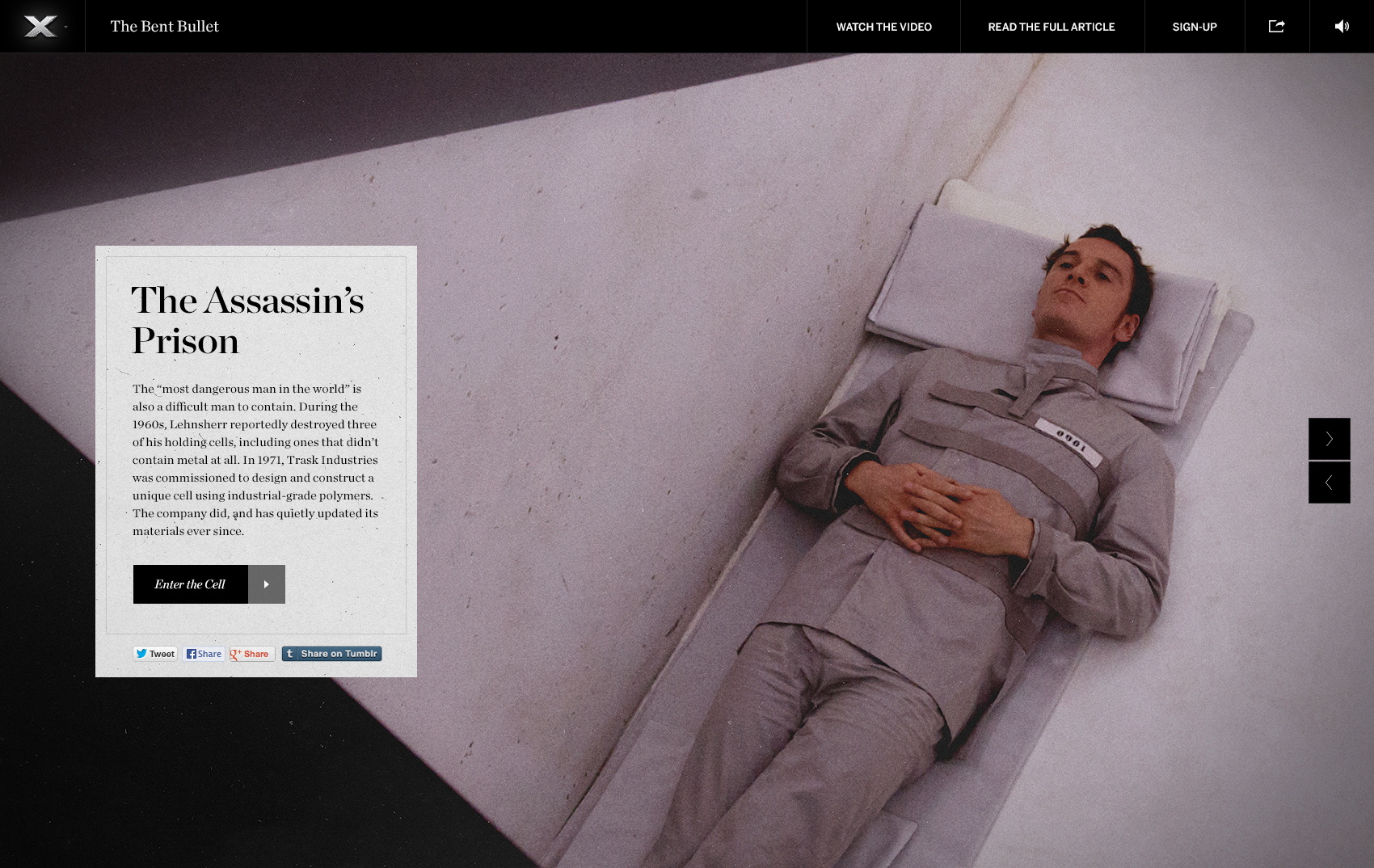 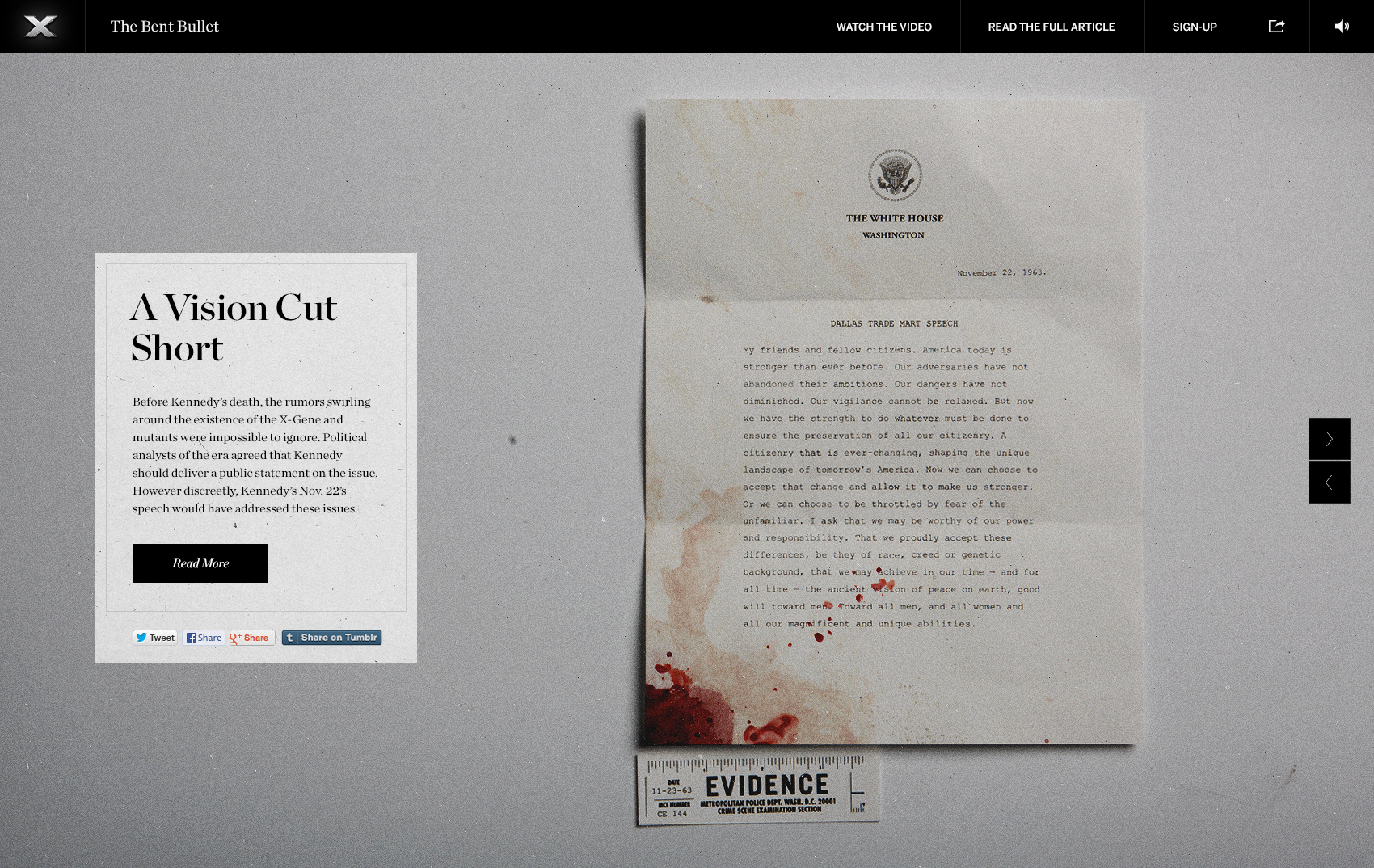 The Verge: "A blend of Oliver Stone's JFK and classic Chris Claremont storytelling."

Fast Company: "An impressive deep-dive that blends fiction and actual events in a way that will help stoke fanboy fever."

USA Today: "Of all the JFK conspiracy theories, this one, albeit fictional, seems to make the most sense."